Normally when you arrive in a new town in Ethiopia there’s someone on hand asking what you’re looking for or if you need any help. As of late, my response has been “I’m looking for a hotel, the cheapest shithole available”. Let me tell you, for £2.50 you get what you pay for in this country! 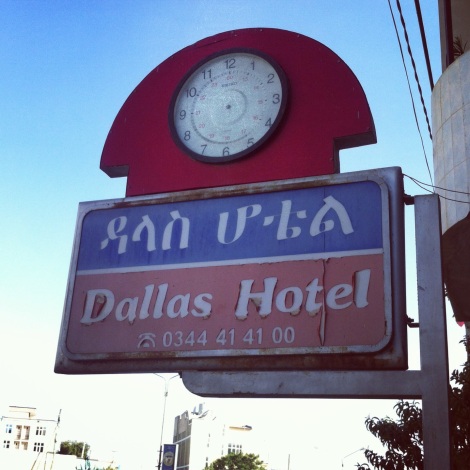 Debre Damo monastery is notable for its Axumite stone church, but more so for its ridiculous cliff top position. As you approach the monastery it looks like nothing more than a giant rock that wouldn’t look out of place in Avatar. 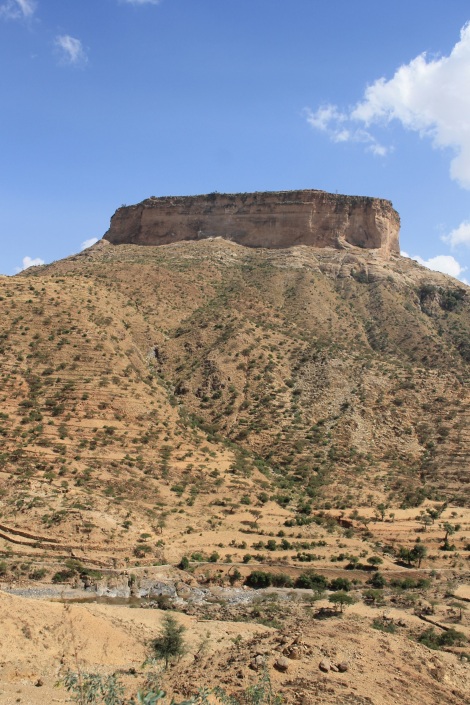 Abba Aregawi founded the monastery in the 10th or 11th centuries, legend has it that a flying serpent chauffeured Abba and his fellow monks along with bricks and mortar to the top. Nowadays to reach the summit of the 3000m high amba (flat topped hill) you must climb the 20m wall using a leather rope. Most people opt to use a safety harness, but myself being action man, went without.

Once inside the monastery the place is completely deserted, bar one priest who opened the church and showed me a bible written in the ancient Ge’ez tongue and printed on goat skin. Over 70 monks live here but most of them pray solo in their own caves that can only be accessed by rope lowered down from the main monastery. Tough life being an Ethiopian monk… 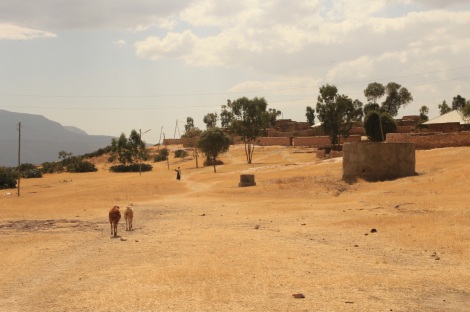 When I exited the church a monk appeared seemingly from out of nowhere and took it upon himself to pour us all a pint of home brewed beer. The beer tasted like dirty dish water and looked like one of those cockroach smoothies that they always have to drink on I’m A Celebrity Get Me Out Of Here. I politely declined a second helping, as I didn’t really fancy getting on it in this monastery. The clearly intoxicated, grunting monk pointed out a few paintings around the church then seemed to just vanish into thin air just like Abba Aregawi had at the end of his mortal life! 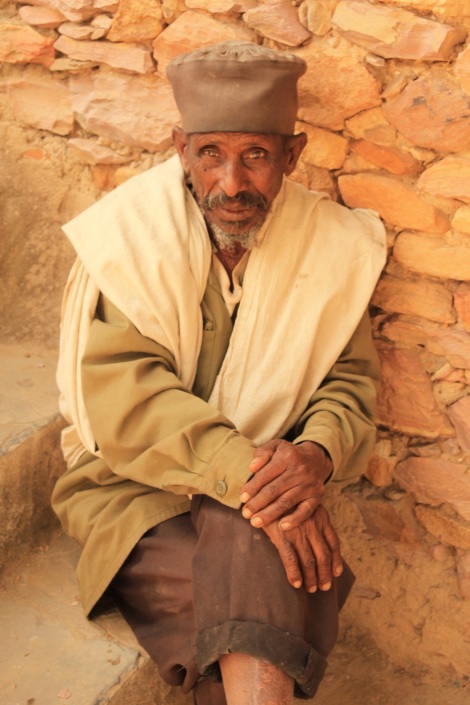 The Tigray region in Northern Ethiopia is the abode of over 20 medieval churches carved into the faces of sandstone cliffs. Abuna Yemata Guh, as well as sounding like a song from the Lion King is probably the most inaccessible of the lot and is often billed as the most inaccessible church anywhere in the world. Hewn into a roadrunner style cliff set in an Old Testament landscape, you first have to hike for about 45 mins from the main road to nowhere until you reach a vertical rock face.

Here some ‘scouts’ will follow you and try to tell you where to put your hands and feet, then demand a few quid each for their so-called service. Sorry, but just because I don’t climb the wall dozens of times a day and in 6 seconds flat, doesn’t mean I need your help. I just climbed the 5 metre wall in about 4 seconds and wondered what everyone was on about when they spoke of this ‘terrifying’ wall. I threw some pocket dust down for the old men, I hope this is a sufficient enough tip for doing absolutely nothing. 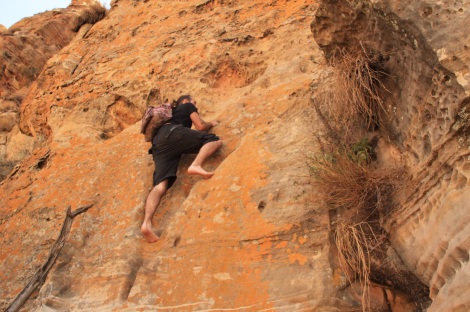 Once I clambered over some more boulders the priest showed me to the remains of some former religious bodies that once walked these very rocks. Some of the skeletons still had flesh clinging onto the bones, what the hell! I’m going to start calling this priest father dead… 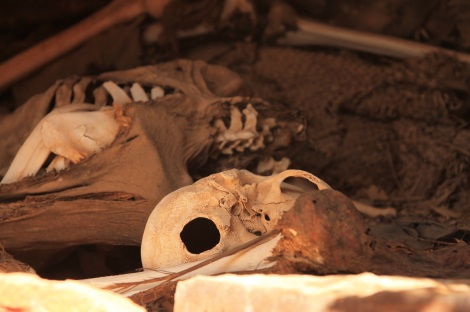 The final ascent to the top requires you to squeeze through a small gap in the rocks, then along a narrow ledge overlooking a sheer 200m drop, then through the hole and into the small church carved into the mountainside. Inside there is a collection of nice, well maintained wall and ceiling murals. No one knows why these churches were made like this, possibly for security or maybe just spiritual isolation. 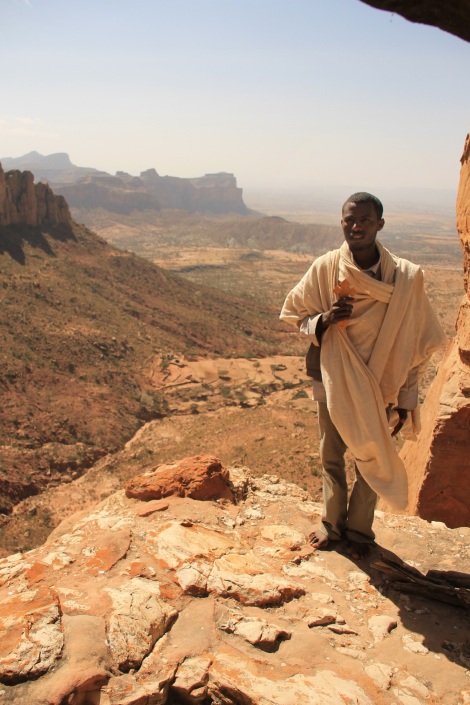 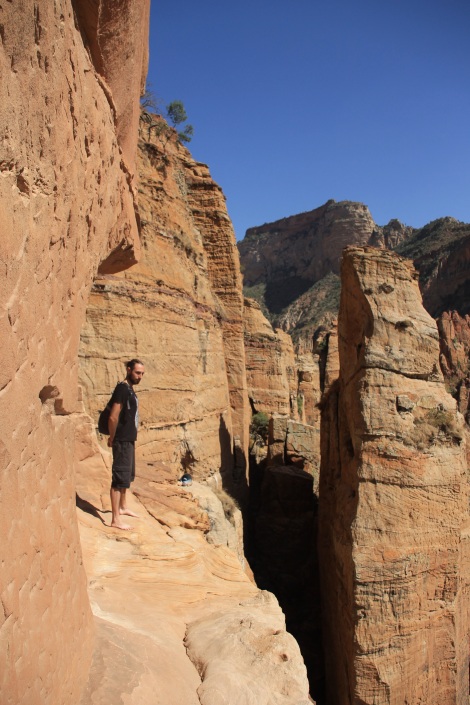 The priest started acting himself up towards the end by asking for 100% tip on top of what I’d already payed to see the church, after the hassle I’d already dealt with from his cronies on the way up, I was disappointed by their behaviour and left slightly jaded by the experience. I’m sure some Ethiopians just see white men as walking ATM machines. If so, then I must be one of those that is constantly out of order and spits your plastic out. Never mind, free lift home on the back of a truck, got to take the rough with the smooth in Ethiopia!