Up On The Downside

Possibly the singular most popular tourist attraction in Ethiopia are the rock-hewn churches of Lalibela. Capital of the Zagwe dynasty which ruled Ethiopia from the 10th to 13th centuries, the town is named after King Lalibela himself.

The dozen or so churches are carved into the rocks in the surrounding area by the world’s greatest craftsmen and artisans, and some supposedly by the help of angels in one day. Lalibela is a tourist town, and the downside of mainstream tourism is that it creates scams, overpricing and greed. Here all the kids ask for money, everyone wants to offer you some kind of service, and worst of all the entrance fee for these churches stands at a ridiculous $50 making them the world’s most expensive places of worship, why? Because people pay it.

To put that into perspective, St.Paul’s cathedral costs £10 and Notre Dam is free. The deacon of the Ethiopian Orthodox Church ordered the drastic price increase last year when he realised that all travellers have an endless pot of money. Promising to help the local area with the money, the only signs of change so far is now the deacon and his cronies drive around in Lamborghinis, wear Cartier watches and eat truffles for breakfast. There was no way I was ever going to pay £32 to see a church, but I did manage to sneak into the most impressive, Bet Giyorgis, by bathing myself in onions, then walking in with a hoard of rich French tourists. St.George as he is known to you and I, was apparently raging that King Lalibela never created a rock-hewn church dedicated to him so the pair had words. It was then that Lalibela said that the most majestic of churches would be carved into the mountain providing George picked his dummy up.

Proof I was there

Accommodation in Lalibela is also expensive for Ethiopia, the upside is I did manage to find the biggest dive in town. Tena Adam hotel is situated right behind the bus station. To describe this place as a step up from the gutter would be very kind word and at just over two quid a night, I felt robbed. Maybe I should’ve slept in the bus station. 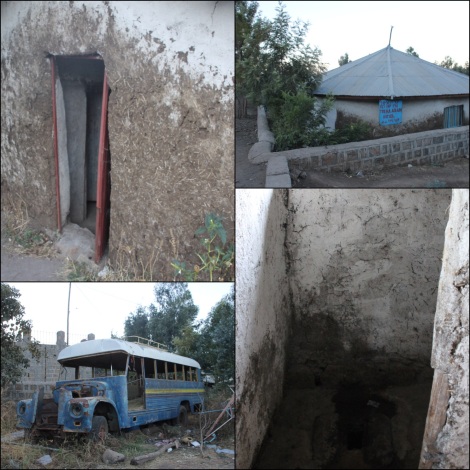 After returning to Addis for a few days I decided to travel South to the city of Hawassa. Hawassa is the largest city in the Rift Valley and it’s name derives from a local Sidamo word meaning ‘wide plain suitable for grazing’. The city is nice and friendly in comparison to Lalibela but the downside is there’s not an awful lot to do here. Is that necessarily a bad thing? Sometimes the real beauty of a place lies within the people, the culture and the general vibe, not some massive tourist attraction. The Lake Hawassa offers an insane array of big bird life, here thousands of Marabou storks live by the waters, to the locals these lanky creatures are nothing more than pests just like pigeons and seagulls are elsewhere.

Tabor hill offers some nice views of Hawassa and on a Sunday you will see hardcore church goers flamboyantly praying on its sacred earth. The upside of Hawassa is most of the kids won’t ask for money but just follow you along looking at you as they think it’s cool to hang out with Farenjis, harmless enough. 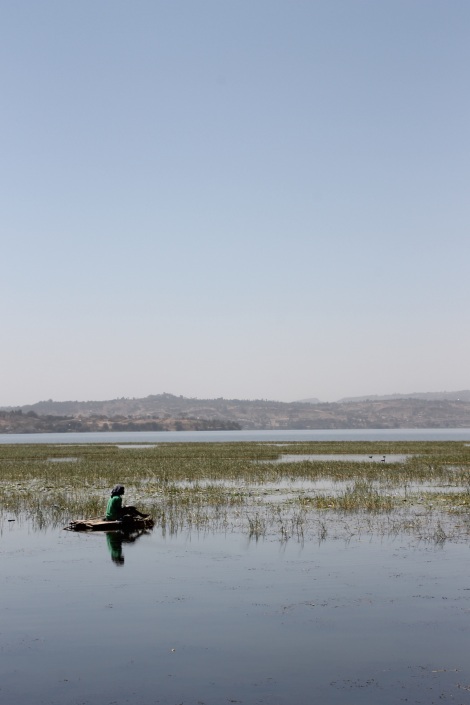 Football is huge in Ethiopia. The English Premier League seems to be the competition most people follow. Almost everyone you speak to seems to support Manchester United or Arsenal, when I tell them I support Newcastle the reply is normally ‘Alan Shearer’ or ‘they used to be a good team’ or ‘hahahahahaha’. I happened to be in town when there was an Ethiopian Premier League game taking place between Hawassa City and Dedebit F.C. 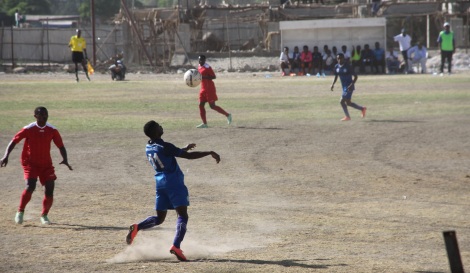 The quality of the match was decent enough as there were a few international players and a few thousand turned out. The downside is I was collared by a mute whose only way of communicating was by letting out a high pitched grunt and writing things down on a piece of paper. After 30 minutes I fathomed out he was actually the brother of one of the Dedebit players. Things started getting weird when he scribbled down on his scrap of paper that he loved me, making me wonder if he was actually a mute at all or if he’d just dropped a few E’s before the game.

Hawassa City created plenty of chances but lacked that killer touch, they ended up losing 0-2 and remained in the relegation zone. The home fans went away unhappy with the result, but on the upside at least the ticket only cost 15p! Later that day I paid three times that to watch Arsenal on the TV.