There’s a place in the north-east of South Africa that is the size of Wales, or Belgium if you prefer waffles over a rarebit. Covering an area of over 7500 square miles, Kruger National Park is one of the largest national parks in the world, and undoubtedly the most famous. Named after Paul Kruger, the president of the Transvaal from 1883 to 1900, not that guy with the burned face who lives a few doors down on Elm Street. The Kruger is a must see on any trip to South Africa.

Kruger spans over five different eco systems, attracting many different types of animals and birdlife, depending on the vegetation and climate. The park is so popular it does come with its negatives. It was Christmas, all the accommodation and game drives were booked months ago by South Africans. So driving for over an hour to get to the park, then waiting for another hour to get inside meant the best animal activity was over by the time we got inside. Driving around staring into the bushveld for hours on end, was a tedious and tiring experience. We did see plenty of the ‘less exiting’ animals and plenty of birdlife though. 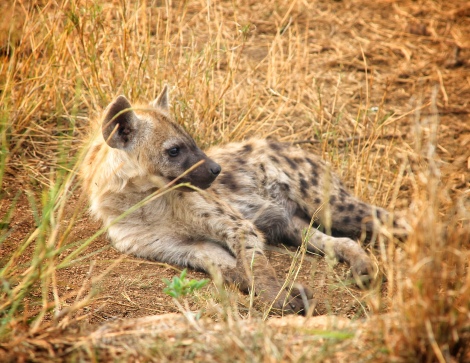 After two days of driving looking for predators in vain, we finally struck lucky on the way out at the coolest time of the day. Seeing a wild pride of lions is great, but when they’re surrounded by cars the experience does lose some of its allure. Unfortunately the only way you’re going to get exclusivity in the Kruger is by paying £9000 a night at the private game reserve next door, then you only need to share the experience with Elton John and his boyfriend while you drive around on an air conditioned truck, nibbling caviar and sipping on champagne. 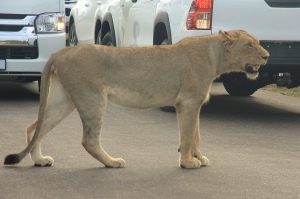 The Blyde River Canyon is the third largest canyon in the world. It forms part of the Drakensberg escarpment and was created over millions of years of the Blyde river gushing through the red sandstone cliffs. ‘Blyde’ means happy in Dutch, and the canyons breathtaking views will make you feel just that. 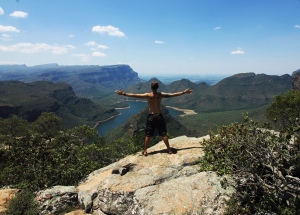 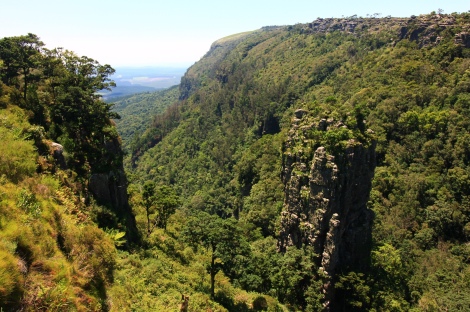 Where the Treur River meets the Blyde Canyon it creates a series of swirling whirlpools, which over countless eons has grinded a number of cylindrical holes known as Bourke’s Luck Potholes. Interesting stuff, but not as interesting as listening to a stereotypical American Dad punish his son in the queue by removing his ‘privileges’.

A strange American space cadet in Swaziland told me about a mysterious megalithic structure in the Mpumalanga province, that goes by the name of Adam’s Calendar. This was something I needed to check out myself. Adam’s Calendar was discovered in 2003 when a pilot crashed his aircraft into the surrounding mountains. At first glance, it looks like nothing more than a load of rocks. Accurate measurements have been taken and calculations made, proving that this is in fact a stone calendar thought to be approximately 75,000 years old, making Adam’s Calendar the oldest man-made structure in the world. 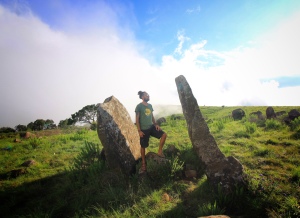 These boulders weigh up to five tonnes and were brought from a site far away, near the river bed. The larger, central monolith casts shadows over the surrounding rocks, which amazingly still work accurately as a functioning calendar. They even perfectly line up during equinox and solstices. This place really questions how advanced ‘people’ were 75,000 ago. Some believe it’s the birthplace of mankind, some a portal to another dimension. In the distance a few kilometres away, there are three structures known as Adam’s Pyramids, which are on exact same line of longitude as the Great Pyramid of Giza in Egypt. Coincidence? 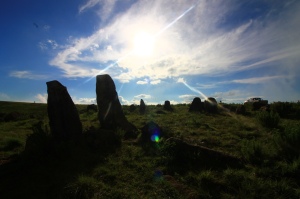 There are so many unanswered questions and many theories, some silly, some realistic they’re scary. This mind boggling place certainly makes you think, the most crazy and unexplained thing of all is that when you walk through the central monolith of the holy site with a compass, the needle goes haywire and spins around in a wayward manner. Even the compass on a phone governed by satellites freaks out and I’m pretty sure that whoever built this, didn’t have Facebook location services in mind. Could this have something to do with why the plane crashed in the first place? Did someone, or something, want this place to be found?

It sounds very similar to the TV series ‘Lost’ and was a great way to spend New Year in a spectacular setting. I’m not ready to step through that portal and say ‘see you in another life’ just yet, but I will play Auld Lang Syne on these mysterious singing rocks, pull out my 2018 cute cats calendar and say Happy New Year! 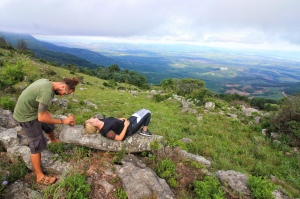 Further reading on Adam’s Calendar can be found here