The Mafia archipelago has a rather unusual and unfortunate name. ‘Mafia’ derives from the Arabic word ‘Morfiyeh’, meaning group. Although you won’t find any pistol wielding gangsters sporting Cordoba hats, the real criminal here is the marine park. Anyone diving, snorkelling, or even just staying within the marine park boundaries, which are all around the village of Utende – where all the resorts are, and Chole bay- where the dives sites are, must pay $20 marine fee per person per day. To put that into context, a couple on a fortnight’s holiday staying in a Utende lodge will have to dish out $560, even if they plan on doing nothing more than sitting on the beach. This is truly ridiculous, it’s not uncommon anywhere in the world to pay a one off fee when diving in a marine park, as most of the time the tourist dollar does go towards the marine conservation. By charging this amount it is only putting people off coming here and the annoying thing is that everybody knows that only a fraction of the money received is going back into the park, the majority is shared between the dirty hands involved with corrupt African politics. We stayed in the main town on Mafia island, Kilindoni, where the rooms are a fraction of the price and there’s more going on in terms of affordable food and drink. Kilindoni is outside the marine park so we only had to pay the fee on the days we travelled to Utende to dive, I ended up actually only paying $40 for the five days I entered, which I felt was fair. Where there’s a will there’s a way!

Mafia is said to have some of the best diving in the West Indian Ocean. ‘Kinasi Pass’ is a sloping reef with a maximum depth of 23 metres. Lovely to just drift along the bottom of the slope and look up at the thousands common fish with the odd schools of needlefish and barracuda, just like swimming in the pre-title sequence of a 007 movie. 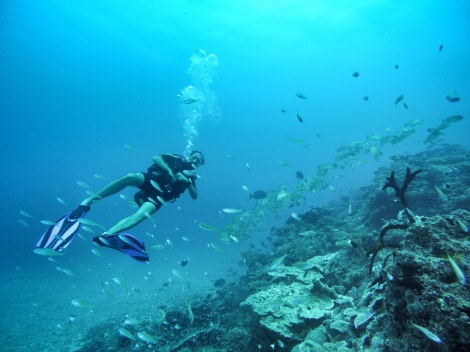 On most of our dives we always seemed to come across at least one Nudibranch, a shell-less marine mollusc under the order of Nudibranchia aka a sea slug. It may not sound like much to a non-diver, but these tiny cartoony creatures come in a wide range of shapes and colours and are a favourite with many macro dive junkies.

Makadoni outside of the bay, is a beautiful site with a lot of different corals, huge schools of snapper, sweet lips, morays, and turtles. Somehow the sight of a turtle gliding towards me is something I never get bored of, apart from the time when I was involved in a car crash at a junction in Ashington with a van transporting a load of those teenage mutants, that was turtle mayhem. 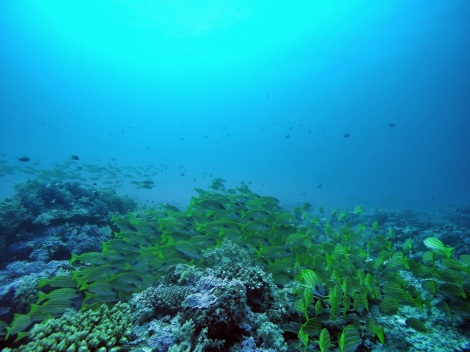 We visited an unnamed site which I like to refer to as ‘we can’t get out of the bay so let’s just dive here’ and it was surprisingly good. Here we were followed by some giant napoleon wrasse’s, which is unusual as something with such a French sounding name you’d expect to run away from the English. There was also some nice topography when looking at the rock formations from below, proving that diving is not just about fish and coral.

Seahorse City is done from the shore at Utende. At only 3m deep we were basically diving in the sand and weeds in search of unusual creatures that you wouldn’t normally find out at the other sites such as pipefish, razorfish, upside down jellyfish, pufferfish and after which this site is named, seahorses. These minute, prehistoric looking critters are difficult to spot and got me thinking about the two seahorses on Newcastle United’s crest. They’re taken from the city’s coat of arms which they were added to by William Flower, Norray King of Arms in 1575 as a reminder that Newcastle is a seaport.

About a 20 minute drive from Kilindoni and outside the marine park is the peninsular of Kisimani Mafia. There was once an Arabic fort here and it is possible to still find some ancient Arabic coins in the sand. Now all you will find here is an amazing unspoiled beach, which at high tide, is one of the best I’ve ever seen. At the moment there’s no road leading to Kisimani, just a sand trail so you have to come by motorcycle. There’s a few half finished bungalows that a Russian investor started to build some years ago, which may be finished one day. I wonder if in 20 or 30 years time I’ll visit here again to find Kisimani developed into Mafia’s answer to Nungwi?

Mange Island, is a sandbank a few hours from Mafia in the middle of the ocean, about a 50 metre stretch of permanent, pure white sand. A great way to spend Christmas Day having BBQ seafood for our dinner, minus the pigs in blankets. The reefs around here are not as good as those in Chole bay, but are apparently a good place to see reef sharks. Sadly there were no sharks out to play on this day, but plenty of blue spotted rays which take off like a rocket whenever they’re spooked. 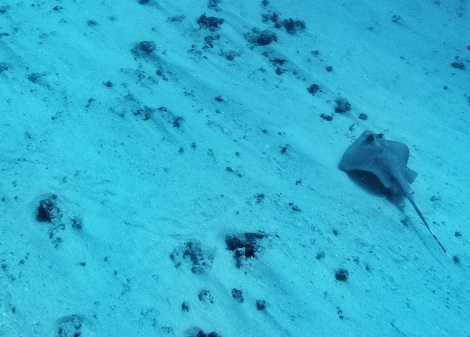 Before I came to Mafia I had high expectations, I haven’t been disappointed. Beautiful diving, untouched beaches, friendly locals, and a much more low-key and less touristic alternative to Zanzibar. In the last few months Tanzania has voted a new president into government, John Magufuli. Magufuli’s campaign posters reading ‘Chagua Magafuli’ (choose Magafuli) are still plastered on every wall all over the country. He’s proven very popular with a lot of the people after he has sworn to rid his nation of all corruption which may hopefully introduce some more sensible rules in regards to the current marine fee in the near future. We all know that what politicians promise, and what politicians actually do are two different things. Only time will tell whether Magafuli goes down the same road as his predecessors, either way let’s hope that Mafia will remain the gem of the Indian Ocean that it truly is.